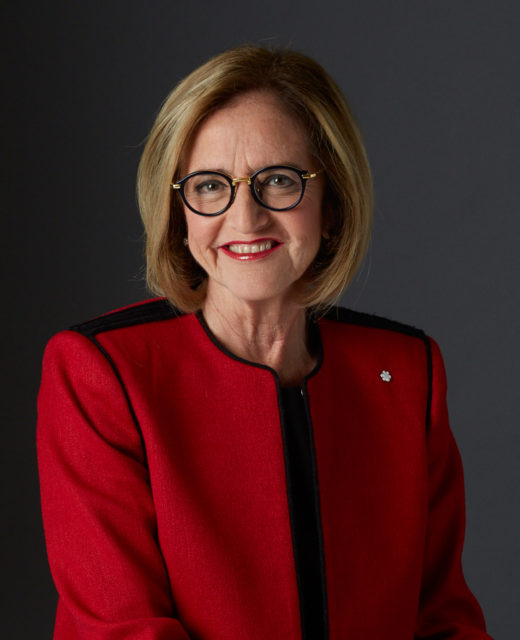 Kiki Delaney is the President of Delaney Capital Management, the investment counselling firm she founded in 1992.

Kiki began her career at Merrill Lynch before moving to Guardian Capital where she managed equity and fixed income portfolios. Immediately prior to Delaney Capital, Kiki was a partner, executive vice president, and portfolio manager at Gluskin Sheff & Associates.

Kiki has a BA from the University of Manitoba and is a CFA charterholder. She has been awarded honorary degrees from the University of Manitoba in 2011, OCAD University in 2012, and Mount Saint Vincent University, in Halifax, in 2014. In 2016, Kiki received the Edmund C. Bovey Award from Business for the Arts in recognition for her lifetime support of Canadian arts and culture. In 2017, Kiki was inducted into the Investment Industry Association of Canada Hall of Fame.

Kiki has served on the boards of many not-for-profit organizations across Canada. She is the chair of the Art Canada Institute and a director of the Ontario Arts Foundation. As well, she is Chancellor Emeritus of OCAD University and a member of the Leadership Council of the Perimeter Institute for Theoretical Physics.

She was appointed a Member of the Order of Canada in 2006. 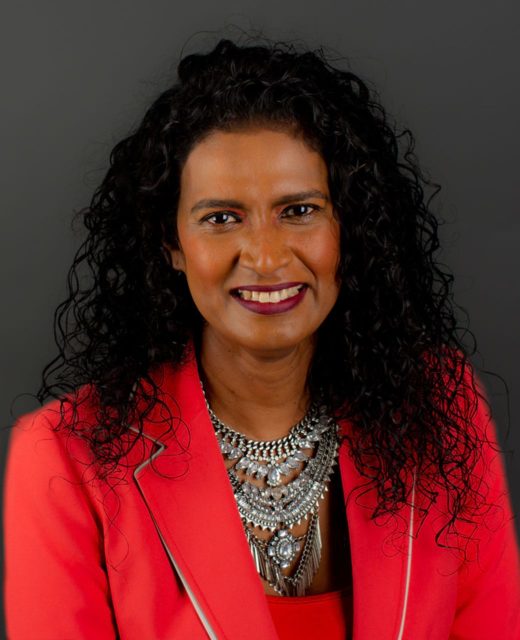 Valerie has been with Delaney Capital since 1998. She is responsible for trade processing, including settlements and cash management. Prior to Delaney Capital, Valerie worked at Laketon Investment Management in its trade settlements department. Valerie has earned the Canadian Securities Course (CSC) designation. 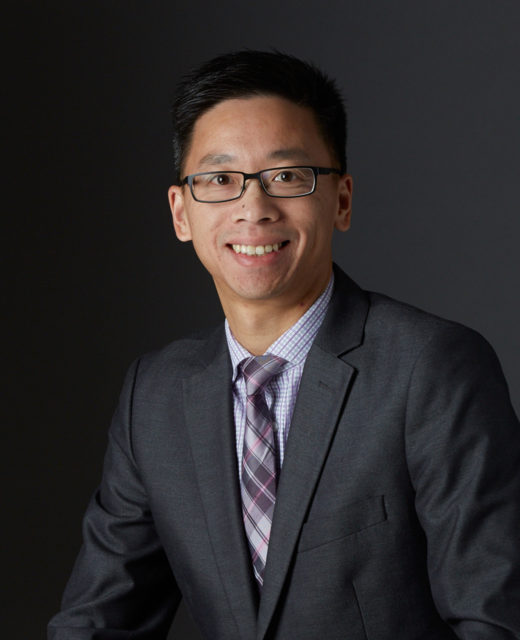 Raymond is the newest addition to our administration team, having joined us in 2014. He works closely with Grant Parson, and supporting him on all compliance matters, as well as financial and tax reporting to clients. Previously, Raymond worked at RBC Investor and Treasury Services in various senior positions in the Fund Administration department, TD Waterhouse as a Team Lead/Senior Tax Analyst in the Qualified Intermediary Tax department, and Mulvihill Capital Management as an Analyst in the Structured Product department.

Raymond has a BA from Wilfrid Laurier University. He earned the Canadian Securities Course (CSC) designation and is pursuing a Chartered Professional Accountant (CPA) designation. 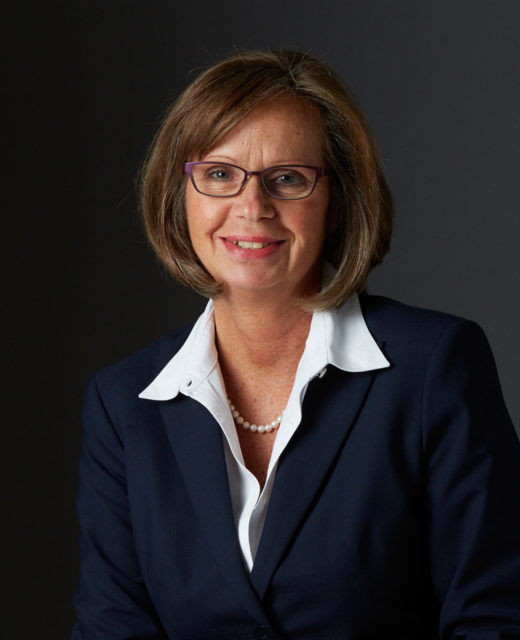 Christine joined Delaney Capital in 2014. She is responsible for ensuring that the office of the President is managed efficiently and effectively. Prior to joining Delaney Capital, Christine was employed with Raymond James Ltd., for ten years, as an executive assistant supporting the President, Chairman, and Chief Executive Officer. Christine has more than 20 years of experience in the investment industry. 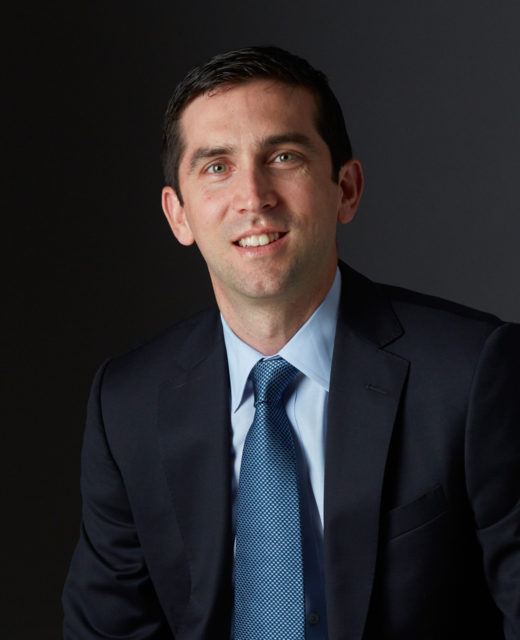 Tim has been with Delaney Capital since 2006. He works with Linda Lee on the trading desk executing both equity and bond transactions. As well, Tim ensures that all trades comply with individual investment mandates. He also works with Julia Robertson in the management of the fixed income portfolios.

Tim earned a BA from McGill University in 2004. 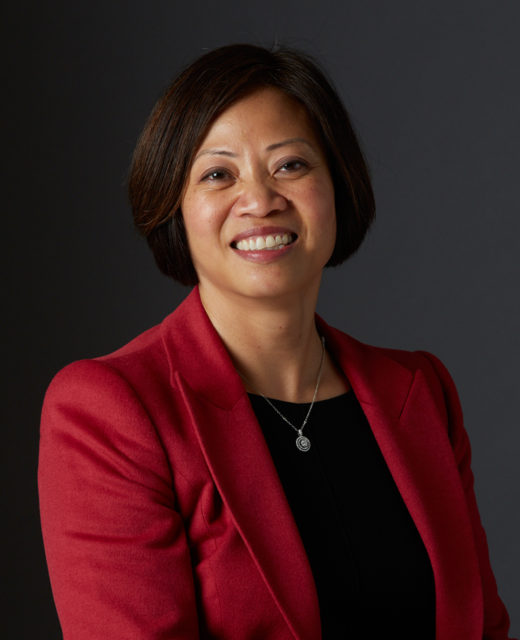 Linda joined Delaney Capital in 1994 as our senior trader. She is responsible for the execution of all security transactions. In addition, Linda plays an instrumental role in the gathering and dissemination of pertinent information that may affect holdings within the Delaney Capital portfolios.

Linda was a corporate administrative assistant with the TD Bank prior to joining Delaney Capital.

Linda has an Honours BA from the University of Toronto. She is a regular participant in fundraising efforts for Trails Youth Initiatives and the Toronto Botanical Gardens. 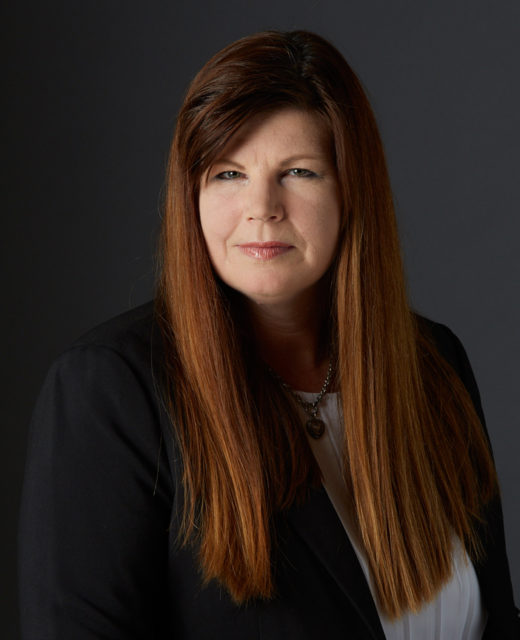 Kim has been with Delaney Capital since 2003. Her focus is on client requests regarding their portfolios, including facilitating money transfers, and making tax installments and RIF payments. Kim also implements charitable stock donations. Prior to Delaney Capital, Kim was employed with Merrill Lynch as an assistant in the institutional and retail equity sales departments.

Earlier, Kim also worked for Canada Trust in the Securities Lending department. She has earned the Canadian Securities Course (CSC) designation, and has over 30 years experience in the investment industry. 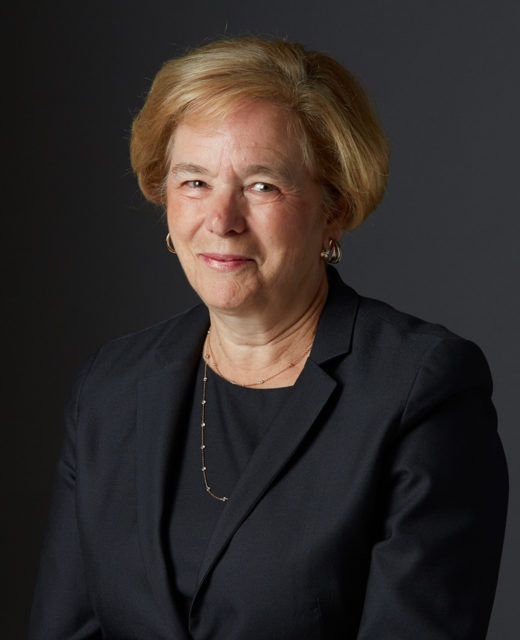 Nancy MacKellar joined Delaney Capital in 1992. She is responsible for client service and portfolio administration. Nancy communicates with existing clients on a regular basis, discussing our market outlook, as well as providing assistance on a wide variety of issues. She is also a key contact for potential clients.

Prior to Delaney Capital, Nancy was a partner and vice president of finance with Gluskin Sheff & Associates. She was responsible for recording, reporting on, and evaluating the performance of funds under management. Earlier in her career, Nancy worked as an analyst in the Treasury Department of Gulf Canada, monitoring pension fund investments.

Nancy is a CPA, CA and has an MBA from York University. She is a member of the Common Investment Committee of Sunnybrook’s Foundation, Health Sciences Centre, and Research Institute. 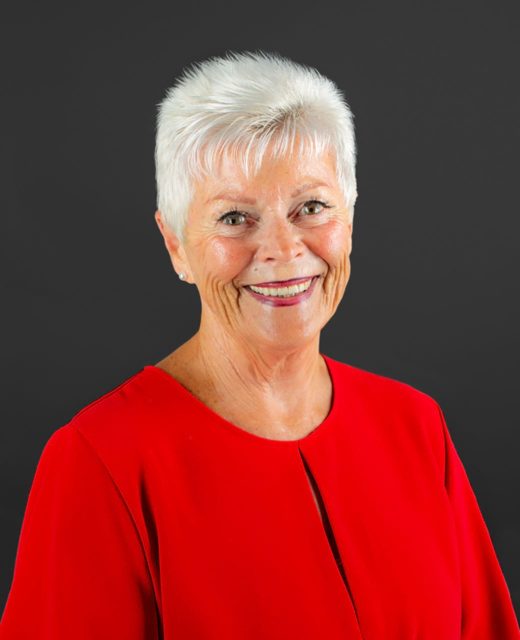 Helen has been the welcoming voice of Delaney Capital since 1996 and is responsible for reception and a range of administrative duties. She is in charge of leading our annual fundraising campaign for United Way of Canada. Prior to Delaney Capital, Helen served as the administrative assistant to the Regional Director of Ontario and Eastern Canada of the National Real Estate Service. 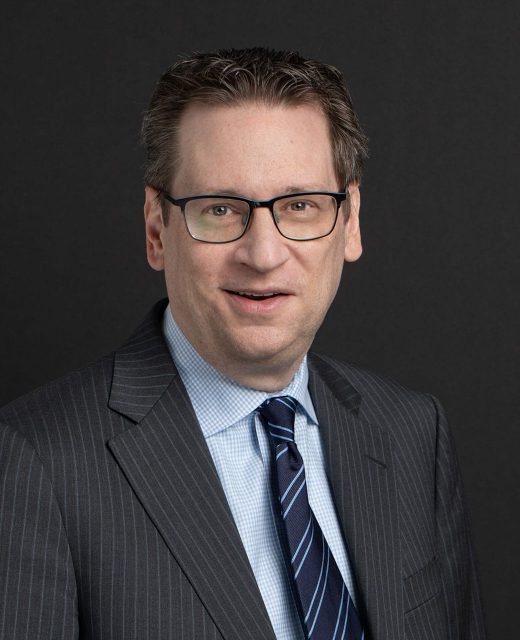 Stephen joined Delaney Capital in 2022. He is responsible for all compliance matters as well as financial and tax reporting to clients.

Stephen began his career in 1989 with Ernst & Young. He has worked with the Office of Superintendent of Financial Institutions Canada, has held positions with Canadian domiciled banks, and senior positions in alternative asset management firms.

Stephen is a CPA, CA, a CFA charterholder, and has a Bachelor of Commerce from the University of Toronto. 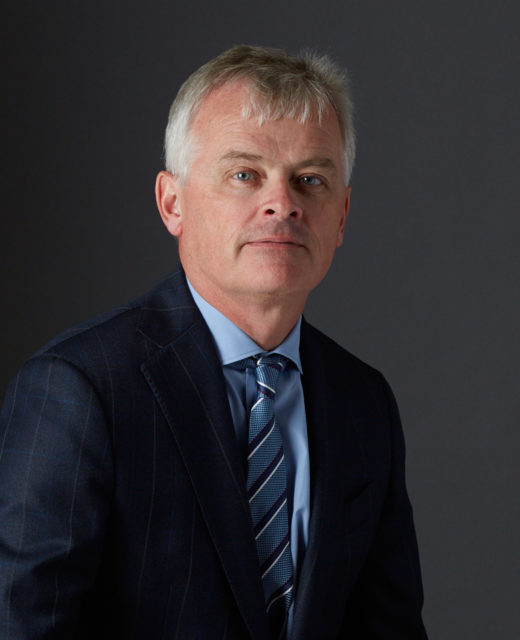 Lynn Miller has been a portfolio manager at Delaney Capital since 1992. He works with Kiki in the daily management of all Delaney Capital portfolios. Lynn’s primary focus is investment research and the analysis of companies. He is also actively involved in client presentations.

Before Delaney Capital, Lynn was a portfolio manager with Mu-Cana Investment Counselling, a subsidiary of The Mutual Life Assurance Company of Canada and a member of its Canadian equity team. Lynn began his investment career at Mutual Life as an investment analyst.

Lynn has an Honours Bachelor of Commerce degree from Queen’s University and is a CFA charterholder. He was a member of the Campaign Cabinet of the Soaring Beyond fundraising campaign at Toronto French School (TFS). Previously, Lynn served on the Board of TFS and chaired its Foundation. 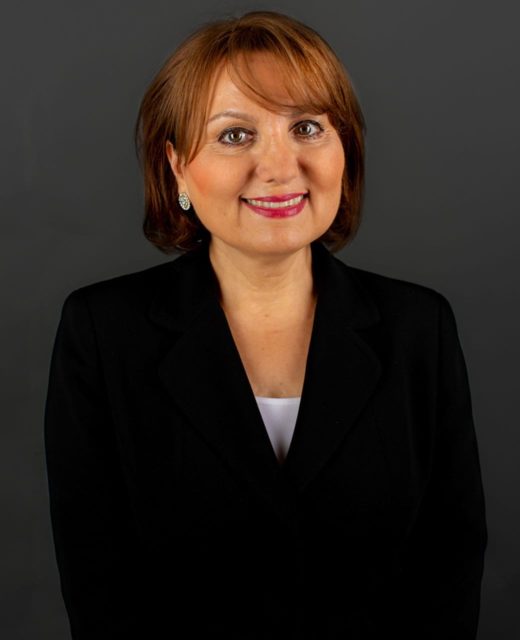 Gita joined Delaney Capital in 1998. She is responsible for all corporate actions, private placement documents, income collections, tax reporting, and day-to-day accounts reconciliation. Gita is responsible for the production and distribution of portfolio and performance reports for our clients.

Prior to Delaney Capital, Gita worked for TD Canada Trust in a variety of capacities including corporate actions and securities lending.

Gita graduated from Brock University with a BSc in Mathematics and Economics and has earned the Canadian Securities Course (CSC) designation. 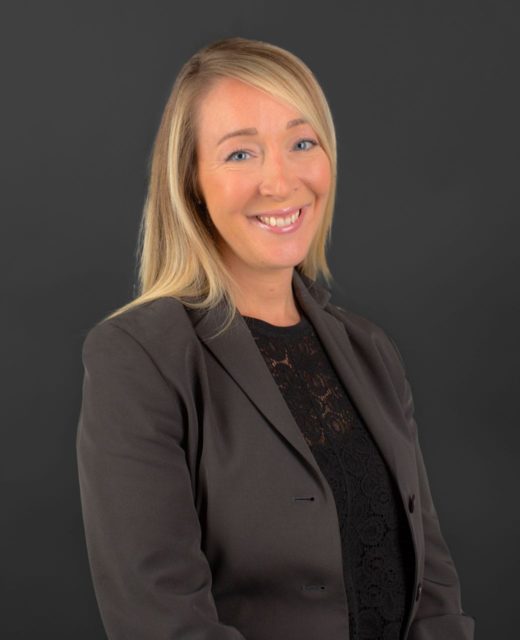 Tanya has been with Delaney Capital since 2004. She prepares new account documentation and client presentations. Additionally, Tanya initiates and manages account transfers, RSP and TFSA contribution requests. She graduated from Sheridan College in 2001 with a Bachelor of Business Administration degree having majored in finance, and she has earned the Canadian Securities Course (CSC) designation. 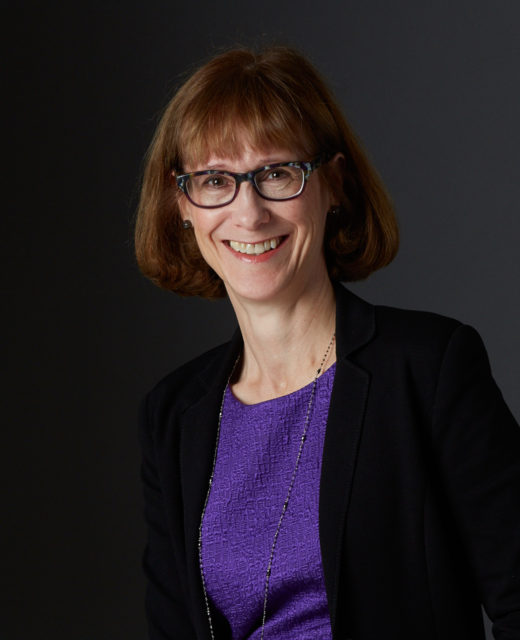 Julia Robertson has been with Delaney Capital since 1994 and is a portfolio manager. As well, she is active in all areas of investment analysis and leads our fixed income effort while also playing an influential role in the management of Canadian equities. 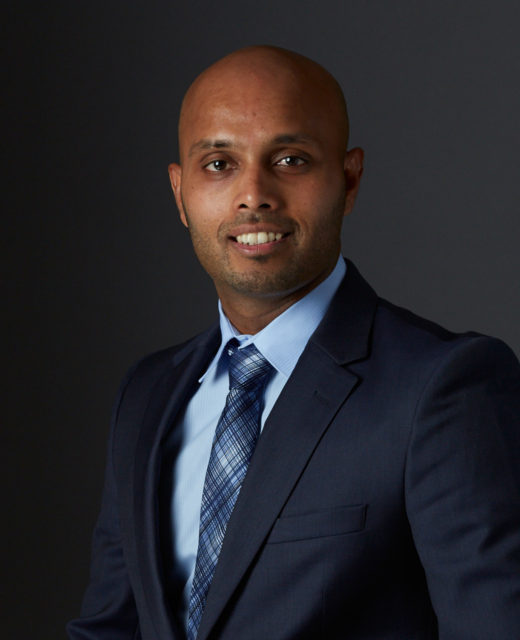 Paul has been with Delaney Capital since 2011. He focuses on researching US securities and is also responsible for providing performance attribution analysis on all investment portfolios.

Prior to joining Delaney Capital, Paul worked at RioCan REIT as an analyst.

Paul holds a BMath degree from the University of Waterloo and is a CFA charterholder. 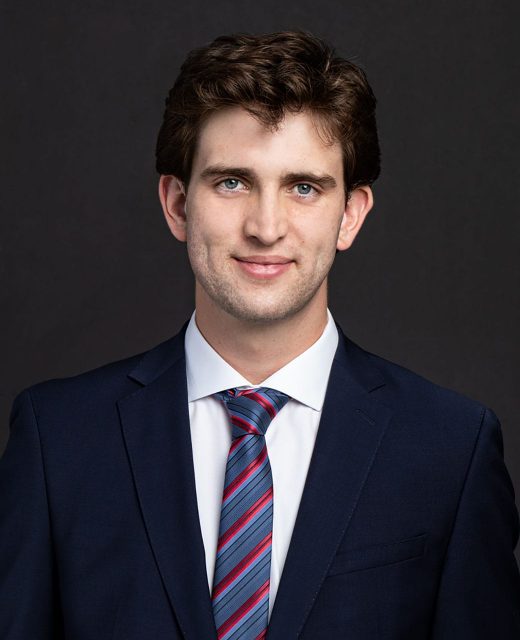 Liam joined Delaney Capital in 2022. His primary responsibility is to provide research coverage of both existing and prospective Canadian equity and bond holdings.

Liam graduated with an Honours degree in Economics from Queen’s University, where he played Varsity Football for two seasons. After graduation, he completed the Graduate Diploma in Business program at the Smith School of Business, also at Queen’s. Liam is a Level I CFA candidate. 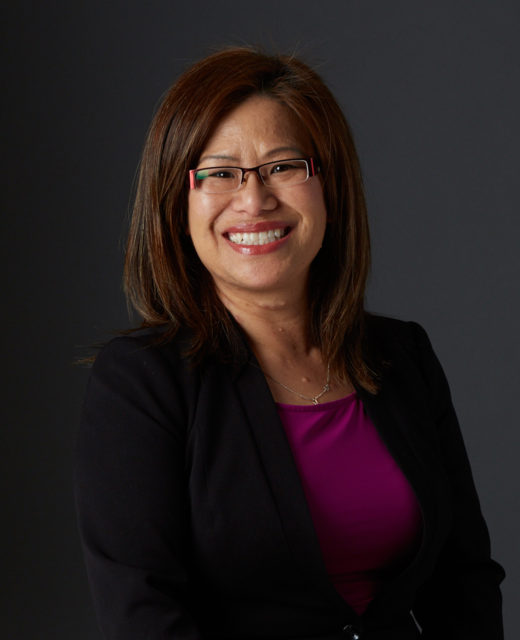 Jennifer joined Delaney in 2011. She is a member of our client service team and provides a range of support to the group. Jennifer is responsible for preparing new account documentation, client presentations, and facilitating incoming securities transfers.